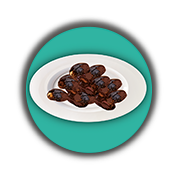 Sawm (pl. Siyaam) or fasting means to abstain from certain actions from the break of dawn to sunset with the intention of pleasing Allah. Sawm is also known as roza in Urdu & ruzeh in Farsi.

The Prophet (pbuh) has said: “One who, while fasting, neither guards his tongue from telling lies nor refrains from doing bad deeds does not respect his fast, while Allah does not approve of mere abstention from food… When you fast, you should not speak ill of anybody, nor should you be boisterous or noisy. If anybody speaks ill of you or tries to pick a quarrel with you, do not respond to him in the same manner; rather, simply tell him that you are fasting.”

“If it is asked why people were ordered to fast? It would be answered so that they may know the trouble of hunger and thirst, and thus get the idea about the poverty (hunger and thirst) of the Hereafter. And the fast keeper may be humbled…… (Moreover) they may get the reward of Allah and be patient in the wake of the (trouble) they face from hunger and thirst with knowing of Allah and sincerity. So fasting will be the cause of their getting reward. Moreover, this will bring about the control of the lustful desires and become that which admonishes in this world…….” Imam Ali Ar-Ridha (pbuh)

The Prophet (pbuh) has said: “Allah has said – All righteous deeds of the son of Adam are multiplied ten to seven hundred-fold, except fasting (sawm) for it is Mine, and I shall reward it.”

LINK TO MONTH OF RAMADHAN