And when Ibrahim and Ismail raised the foundations of the House: Our Lord! accept from us;
surely Thou art the Hearing, the Knowing. 2:127

Prophet Ibrahim (pbuh) was born in the time of the king called Namrud who claimed that he was God. An astrologer had told Namrud that there was soon to be a Prophet who would overthrow Namrud and invite people to Allah. Namrud afraid of losing his power ordered all men and women in the land to be separated so there would be no children born. He thought he could change the will of Allah. As soon as he was born, his mother hid him in a cave outside the town where they lived until he was 13 years old. His mother felt it was safe to bring him into town then. His father, Taraq, had already died, so he was adopted by Azar, his father’s brother. 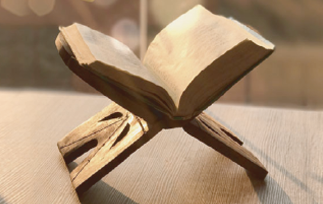