And Ayub, when he cried to his Lord, (saying): Harm has afflicted me, and Thou art the most
Merciful of the merciful. 21:83

When tested with affliction, his trust is Allah was unflinching. Mentioned in the Qur’an 4 times, he was an affluent man with many children. He lived in what is now Syria with his wife Rahma. He was afflicted with a skin disease which affected his whole body. He lost his wealth and his family. Rahma remained devoted to him. The illness lasted a long period of time, but he bore it patiently.

Never did Prophet Ayyub lament, grow angry, or reject the fate which Allah had decreed for him. Day and night, throughout the pain and difficult times, Prophet Ayyub would praise his Lord.

One day, seeing the toll it had taken on his wife, he prayed for relief and his call was answered. Allah directed Prophet Ayyub to drink from and bathe in a cool spring. He was cured and his body healed. 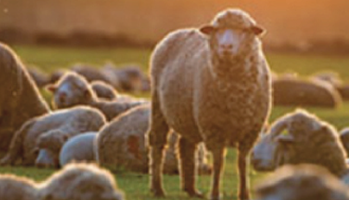