Imam’s mother was Huamyda who accompanied Imam Sadiq (pbuh) to Makka for Hajj. On the way back, she went into labour at a place called Abwa’ (where the Prophets father Abdullah is buried). It was here that Imam Musa al-Kadhim was born on the seventh of Safar (128AH. When his parents arrived back in Madina, Imam Sadiq held a three day banquet for the people in honour of his newly born son.

Imam Musa al-Kadhim assumed the Imamate in 148 AH after the death of his father. However, there was a group who believed that the successor to Imam Sadiq (pbuh) was his deceased eldest son, Isma‘il whom they believed had never died and simply gone into hiding. This group went on to become the Isma‘ili sect.

Imam Musa al-Kadhim’s political life was limited as he was contemporary to four repressive Abbasid khalifas; the most brutal of them being Harun Rashid. Imam chose quiet opposition rather than active opposition and forbade his followers from associating with the regime or cooperating and working with it. During Harun al-Rashid’s reign, Imam was imprisoned first in Basra and later in Baghdad. His final prison was in the house of al-Sindi b. Shahik who poisoned Imam in 183 AH. 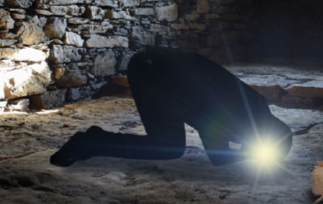