Born in Madina in Rajab of 195 AH to Imam Ridha and Sabika, and the only child of Imam Ridha, he assumed responsibilities from a young age (7 years) as his father was forced to leave Madina and travel to Iran at the order of Ma’mun Rashid. His young age presented a significant problem to his father’s companions and followers, who were unable to accept a boy of his age as their Imam.

Safwan bin Yahya says: I told Imam Ridha: “We used to ask you before Allah granted you Abu Ja‘far [about your successor] and you used to respond that Allah will grant you a son. Now that Allah has granted you a son – God forbid if something were to happen to you – who should we turn to?” Imam Ridha pointed to Abu Ja‘far, so I said: “May I be your ransom – he is only three years old.” He responded: “His age does not affect him as ‘Isa carried the proof of Prophethood at the age of three.”

Ma’mun needed to continue his policy of showing kindness to the ahlulbayt in order to stem rebellions so he married his daughter Umm al-Faḍl to Imam Jawad. After the death of Ma’mun, his brother Mu‘taṣim took over and he was jealous of Imam Jawad’s popularity with the scholars and the general public. Everyone who met Imam was impressed by his personality, piety, and knowledge. Mu‘tasim summoned Imam al-Jawad to Baghdad so that he could keep a close eye on him. He entered Baghdad in Muharram 220 AH, but less than a year later, Imam Jawad died at the age of 25. 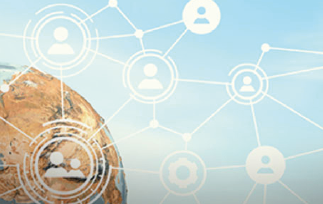