Born in 4 AH, the Prophet (pbuh) had tears in his eyes when he set eyes on him for he had been warned by the Angel Jibraail about the tragedy that would befall Husayn (pbuh) in the land of Karbala.

He shared the title “Sayyed al-Shabab Ahl al-Janna” (The Leader of the Youths of the People of Paradise) with his brother Imam Hasan (pbuh). To the world he became a symbol of freedom and justice with his unwavering trust in God.

After the death of Imam Hasan, the treaty agreed with Muawiya, stipulated the return of Khilafa to Imam Husayn after Mu’awiya’s death; but the treaty was violated and Mu’awiya’s son Yazid was instated to power by his father prior to his death. Seeing the ensuing moral decadence, corruption and injustice, Imam refused to accept allegiance to Yazid and watch while the sanctity of Islam being destroyed. The people of Kufa initially pledged allegiance to him and he made his way towards them leaving Madina. Yazid forced them to renege on their pledge, and Imam found himself in Karbala with a group of 72 against Yazid’s army of 30,000.

On the day of ‘Ashura, in the year 61 AH after watching all of his companions and many family members being killed, he was murdered by Yazid’s army. His sacrifice became the standpoint for freedom and justice and the return for the values of Rasulullah (pbuh). 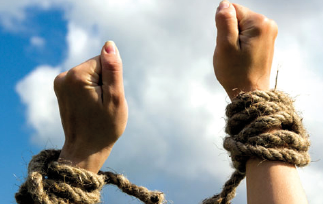