Born in Madina in 3AH after the battle of Badr, he was the first grandson of the Prophet (pbuh). Part of the Ahlul Kisaa (33:33) and referred to on numerous occasions with Imam Husayn (pbuh) as the son of Rasulullah (pbuh). The title affirmed by the Qur’an in 3:61 on the occasion of Mubahila.

He lost his grandfather and mother at the age of eight and witnessed the turbulent period in the aftermath of the death of the Prophet (pbuh) and when his father Imam Ali (pbuh) assumed leadership. It was Imam Hasan who went to Kufa to build support for his father before Imam Ali moved to make Kufa the capital. He participated in the three civil wars that were fought in that period (Jamal, Siffeen & Nahrwan).

After the death of his father Imam ‘Ali, he assumed leadership encountering corruption and injustice that had overwhelmed the Umma. To avoid further bloodshed, he entered into a truce (treaty) with Muawiya who violated all the conditions thus exposing his treachery and dishonesty. Imam Hasan died at the age of forty-seven, poisoned by his wife Jo’da, who was bribed by Muawiya in 50 AH. 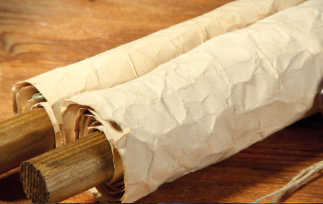