After the death of Harun Rashid, his two sons Amin and Ma’mun became involved in a power struggle which ended with Ma’mun killing Amin. Ma’mun followed a different policy towards the Ahlulbayt wishing to be seen as someone who had respect for them. He ordered the Imams of mosques to praise Imam Ali (pbuh) as being the best person after the Prophet and returned the ownership of the land of Fadak.

Ma’mun wanted to appoint Imam Ridha as the heir to the throne to serve his political objectives. The conflict between Ma’mun and his brother Amin had caused a revolt and appointing Imam Ridha as heir apparent would give the false impression that the rebellion had achieved its aim of reinstating the rightful authority of the household of the Prophet. Another reason was to uncover the Shi‘a cells that had long opposed Abbasid rule. Thus Ma’mun implemented several policies to relieve the fears of Shi‘a and entice them into coming out in plain view of his regime. He summoned Imam Ridha to his strong hold Marw in Iran declaring him to be the heir apparent.

Growing ever more isolated, with parts of his empire being lost to his opponents,
Ma’mun was desperate to find a way to return to Baghdad and establish his authority from the traditional seat of Abbasid power. However, he identified two people that represented a barrier between him and the achievement of his desire – his minister Faḍl bin Sahl, and Imam Ridha who had won over the public. Ma’mun assassinated his minster Fadl bin Sahl in a public bath and then invited Imam Ridha to the palace offering him poisoned grapes. saying: “Oh son of the Prophet, I have not seen better than these grapes.” Imam Ridha refused to eat to which Ma’mun responded by screaming: “Perhaps you are accusing me of something?” Having no other choice, Imam Ridha ate three grapes and got up to leave. Ma’mun inquired as to his destination, to which Imam replied “To where you have sent me.” Imam died in 203 AH and is buried in Mash had in Iran. 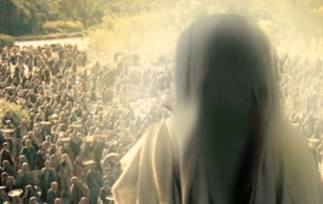