The most fundamental basis of faith of Islam is the belief in the absolute oneness of God.
Tawheed comes from an Arabic word meaning ‘oneness’ or ‘unification’.
Tawheed has many depths of meaning in Islam 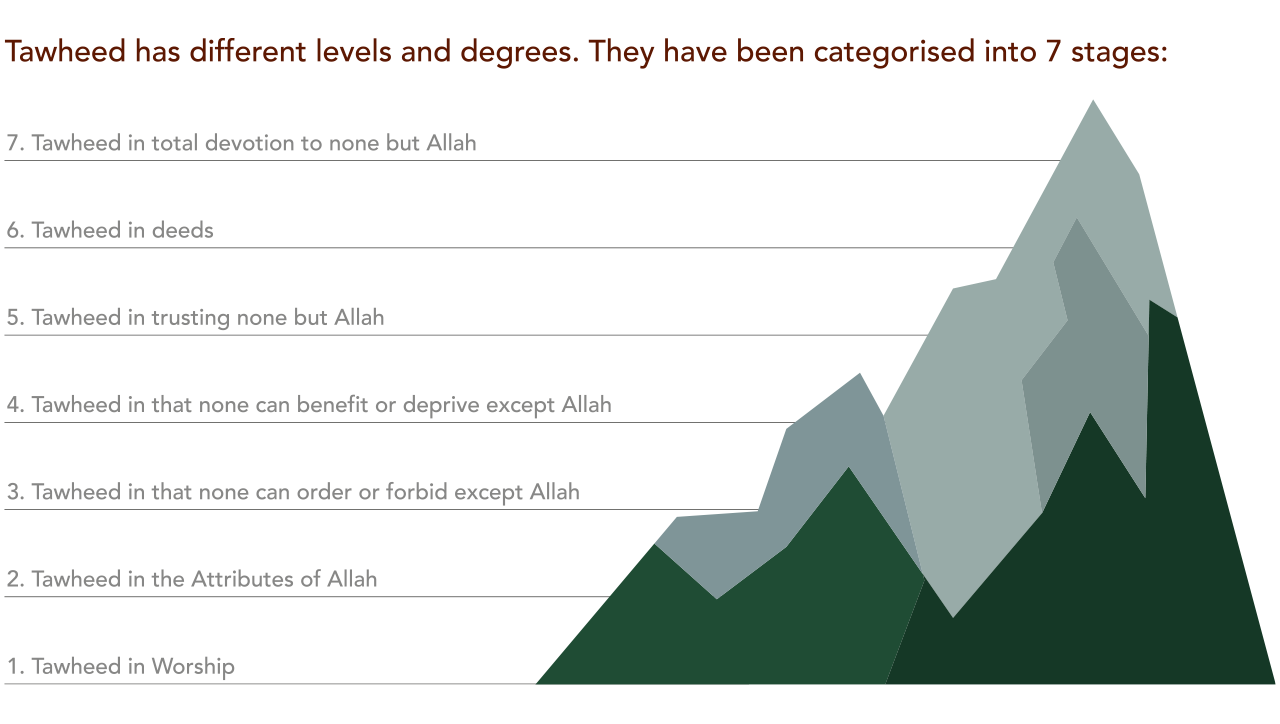 ‘Adala is believing in nine things:

1. Allah is for all His creations a just Master.
2. Allah never does anything wrong (bad).
3. Allah does not fail to do anything that is necessary.
4. There is no injustice in Allah’s decisions.
5. When Allah tests us or gives a command, Allah does not ask beyond what we can do.
6. Allah will always reward those who obey.
7. It is for Allah to decide if He so desires to punish.
8. Adhab will never go beyond what an individual deserves.
9. Allah does not force anyone to do evil and then punish him.

Believing in the ‘Adl (Justice) of Allah means that one should not be in a position of accusing Allah of injustice and favouritism. If Allah did something that was unfair, then 4 possibilities arise: